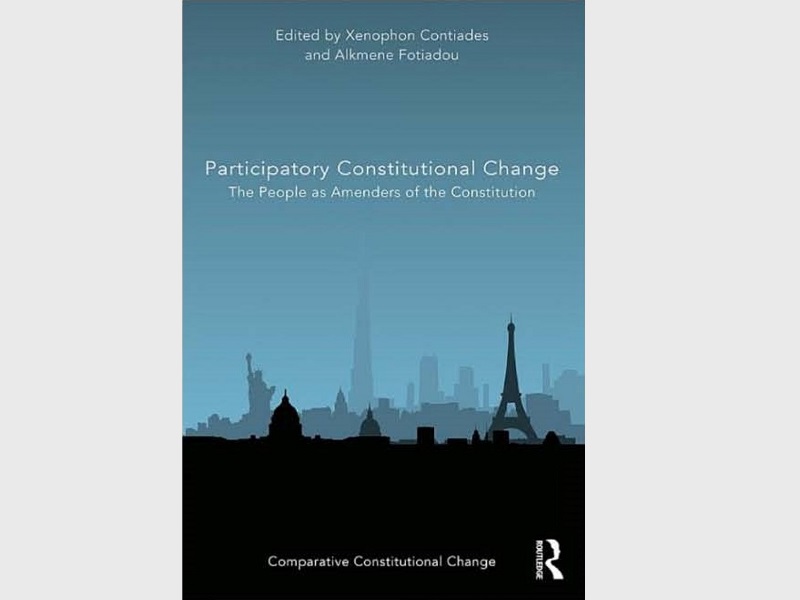 This book explores the recent trend of enhancing the role of the people in constitutional change. It traces the reasons underlying this tendency, the new ways in which it takes form, the possibilities of success and failure of such ventures as well as the risks and benefits it carries. To do so, it examines the theoretical aspects of public participation in constitutional decision-making, offers an analysis of the benefits gained and the problems encountered in countries with long-standing experience in the practice of constitutional referendums, discusses the recent innovative constitution-making processes employed in Iceland and Ireland in the post financial crisis context and probes the use of public participation in the EU context. New modes of deliberation are juxtaposed to traditional direct-democratic processes, while the reasons behind this re-emergence of public involvement narratives are discussed from the aspect of comparative constitutional design. The synthetic chapter offers an overview of the emerging normative and comparative issues and provides a holistic approach of the role of the people in constitutional change in an attempt to answer when, where and how this role may be successfully enhanced. The work consists of material specifically written for this volume, and authored by prominent constitutional scholars and experts in public participation and deliberative processes.

‘This volume is a timely and rich resource for modern constitutionalists. The essays are engaging, incisive and offer broad political and legal perspectives on one of the central questions in contemporary constitutional debates.’
Professor Adrienne Stone, University of Melbourne, Australia

‘Recent developments in constitution-making and amending practices have implicated a range of methods of encouraging direct public participation, through crowd-sourcing, referenda, and more. This book examines the ways that these developments accentuate a range of fundamental issues dealing with the constituent power, sovereignty, and deliberation, through conceptual analysis and empirical studies. An important contribution to an increasingly important discussion.’
Professor Mark Tushnet, Harvard Law School, USA

‘This book reveals both good and bad practice, and problems of how to cope with citizen choices that are not mandated at formal election times. The book is timely and well written and appeals to a broad cross-section of readers from political science to constitutional lawyers. It is highly recommended.’
Professor John McElldowney, Warwick University, UK

Comparative Constitutional Change has developed into a distinct field of constitutional law. It encompasses the study of constitutions through the way they change and covers a wide scope of topics and methodologies. Books in this series include work on developments in the functions of the constitution, the organization of powers and the protection of rights, as well as research that focuses on formal amendment rules and the relation between constituent and constituted power. The series includes comparative approaches along with books that focus on single jurisdictions, and brings together research monographs and edited collections which allow the expression of different schools of thought. While the focus is primarily on law, where relevant the series may also include political science, historical, philosophical and empirical approaches that explore constitutional change.