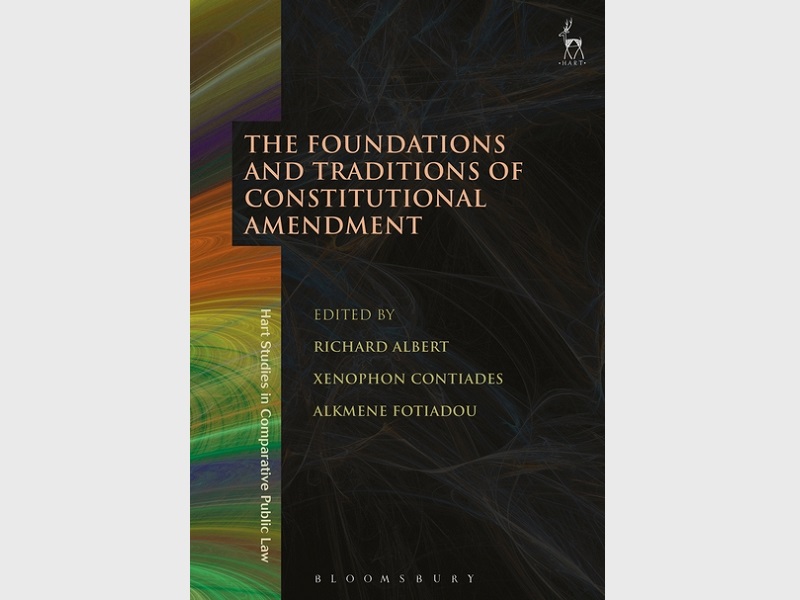 This volume is designed to guide the emergence of comparative constitutional amendment as a distinct field of study in public law. Much of the recent scholarship in the field has been written by the scholars assembled in this volume. This book, like the field it hopes to shape, is not comparative alone; it is also doctrinal, historical and theoretical, and therefore offers a multiplicity of perspectives on a subject about which much remains to be written.

This book aspires to be the first to address comprehensively the new dimensions of the study of constitutional amendment, and will become a reference point for all scholars working on the subject. The volume covers all of the topics where innovative work is being done, such as the notion of the people, the trend of empirical quantitative approaches to constitutional change, unamendability, sunrise clauses, constitutional referenda, the conventional divide between constituent and constituted powers, among other important subjects. It creates a dialogue that cuts through these innovative conceptualisations and highlights scholarly disagreement and, in so doing, puts ideas to the test. The volume therefore captures the fierce ongoing debates on the relevant topics, it reveals the current trends and contested issues, and it offers a variety of arguments elaborated by prominent experts in the field. It will open the way for further dialogue.

Introduction: The State of the Art in Constitutional Amendment
Richard Albert

Conclusion: The Emergence of Comparative Constitutional Amendment as a New Discipline: Towards a Paradigm Shift
Xenophon Contiades and Alkmene Fotiadou