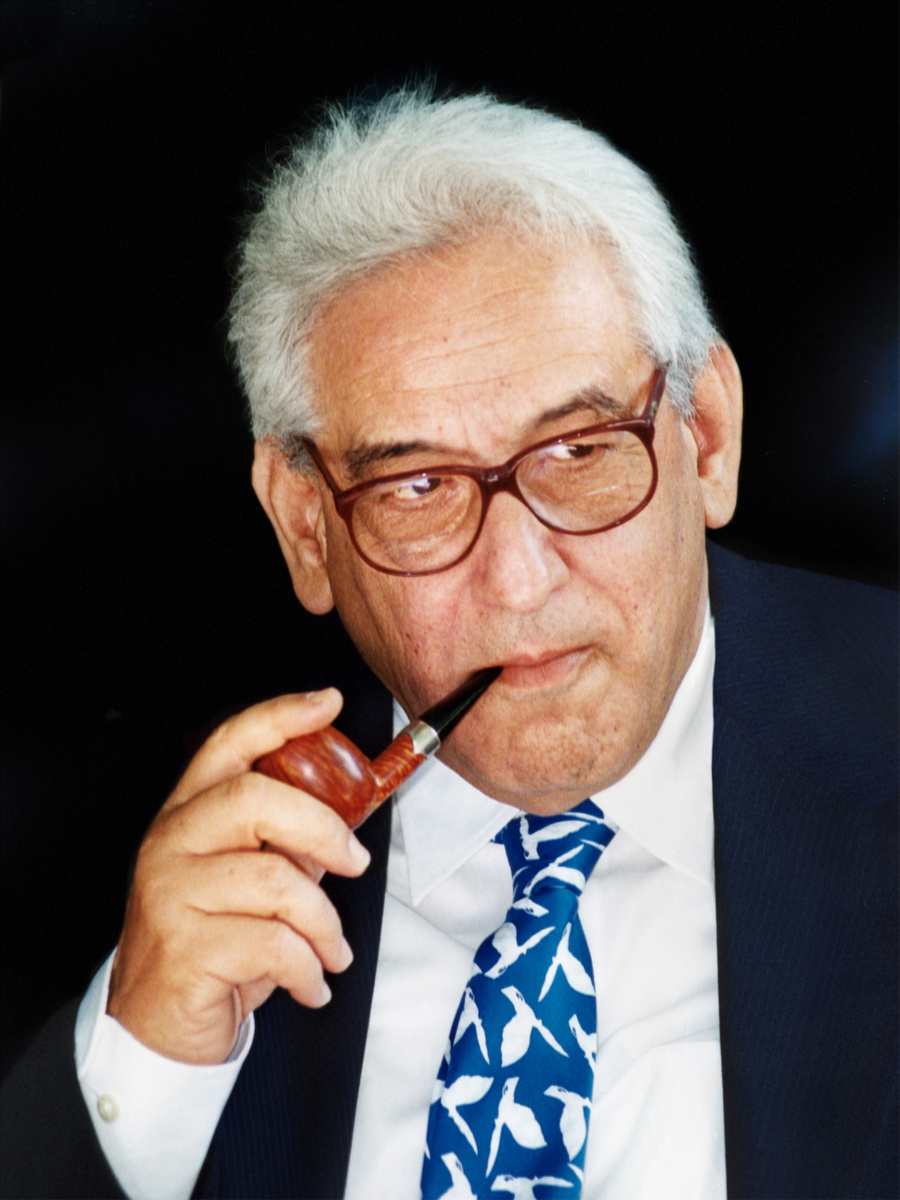 Professor Emeritus of Constitutional Law
Panteion University (Greece), FernUniversität Hagen (Germany)
Professor Honoris of German and European Constitutional Law at the Law Faculty of the Heinrich-HeineUniversität of Düsseldorf
Doctor Honoris causa Professor at the Law Faculty of the Aristotle University of Thessaloniki
Ex Member of the European Parliament

◊ He studied law at the University of Athens and received his doctorate degree with honors in 1960.

◊ From 1960 to 1964 he worked as a trustee in the Law School of the University of Heidelberg.

◊ From 1964 until 1965 he worked as an associate in the field of Comparative and International Law at the Max-Planck Institute. In 1967 he worked as a trustee in the Law School of the University of Mainz.

◊ In 1969 he was elected to the Chair of Public Law at the Law School of the University of Thessaloniki. The dictatorship refused to appoint him.

◊ He was involved in politics for the first time during the dictatorship as a member of the anti-dictatorial organization EMEP. He was arrested in 1973 because of his participation in the occupation of the Law School and he was imprisoned for four months in the military prisons of EAT/ESA.

◊ In 1974, as Deputy Minister of Higher Education in the Government of National Unity, he oversaw the removal of all pro-junta professors from Universities.

◊ In the fifth Revised Parliament (1974-1975), of which he was a member, he was appointed as General Rapporteur for the Minority on the new Constitution.

◊ In 1975 he was unanimously chosen as full Professor of Public Law of the Law School of the University of Thessaloniki.

◊ In 1979 he was elected as full Professor of German and Foreign Public Law and State Theory in Hagen’s Fernuniversität in the Federal Republic of Germany and has been subsequently elected twice Dean of the Law School of the Fernuniversität.

◊ In 1991 he founded, and until October 1997 directed, in the University of Hagen, the “Institute of German and Foreign Law of Political Parties”, unique in its field in all Europe.

◊ From 1988 to 1994 he served as President of the Greek Constitutional Scholars Association.

◊ In June 1994 he was elected for the first time as a Member of the European Parliament where he is particularly involved in institutional questions especially with regard to preparatory work for the Intergovernmental Conferences.

◊ He is a member of the Group of the Party of European Socialists.

◊ On his own initiative he prepared a working paper entitled “Reflections on the institutional debate and the 1996 Intergovernmental Conference”, 23.10.1995.

◊ After a request from the Socialist members of the Institutional Affairs Committee, he prepared a working paper entitled “Memorandum for the Group of the Party of European Socialists on “Differentiated Integration”, 18.2.1997.

◊ He is a member of the Constitutional Affairs Committee in the name of which he drafted the following papers and reports :

◊ Report on the constitutional status of European Political Parties, 10.12.1996.

◊ As a corapporteur with his Spanish colleague and member of the Group of the European Popular Party, Inigo Méndez de Vigo, he prepared the European Parliament’s Report on the Treaty of Amsterdam, 19.11.1997.

◊ He is a substitute member of the Legal Affairs Committee.

◊ From 1995 until 1997 he was a Vice President of the European Parliament’s Delegation to the Joint Parliamentary Committee European Union-Cyprus.

◊ From 1995 until 1999 he was a member of the European Parliament’s Delegation to the Interinstitutional Conference.

◊ From February until December 2000, he participated as one of the Parliament’s Representatives (together with Elmar Brok, his German colleague and member of the Group of the European Popular Party) in the Intergonvermental Conference for the revision of the Treaties of the European Union.

◊ In 1995 he received the European Culture Prize from the Culture Forum Europa.

◊ In 1995 he founded the Center for European Constitutional Law “Themistocles and Dimitris Tsatsos Foundation” in Athens, of which he is President.

◊ In October 1998 he was honored by the Government of the Federal Republic of Germany being awarded the “Golden Cross of the Order of Merit”.

◊ In June 1999 he was re-elected as a member of the European Parliament.

◊ In December 2001 he was proclaimed unanimously Doctor honoris causa Professor at the Law Faculty of the Aristotle University of Thessaloniki.

◊ In April 2002 he was awarded the “Commander’s Cross of the Order of Merit” of the Federal Republic of Germany.

◊ In November 2003 he was proclaimed Professor honoris of German and European Constitutional Law at the Law Faculty of the Heinrich-HeineUniversität of Düsseldorf.

July 12, 2022: Electricity Contracts Between Suppliers and Consumers — General Conditions —Alteration by the Supplier of the Price of the Service