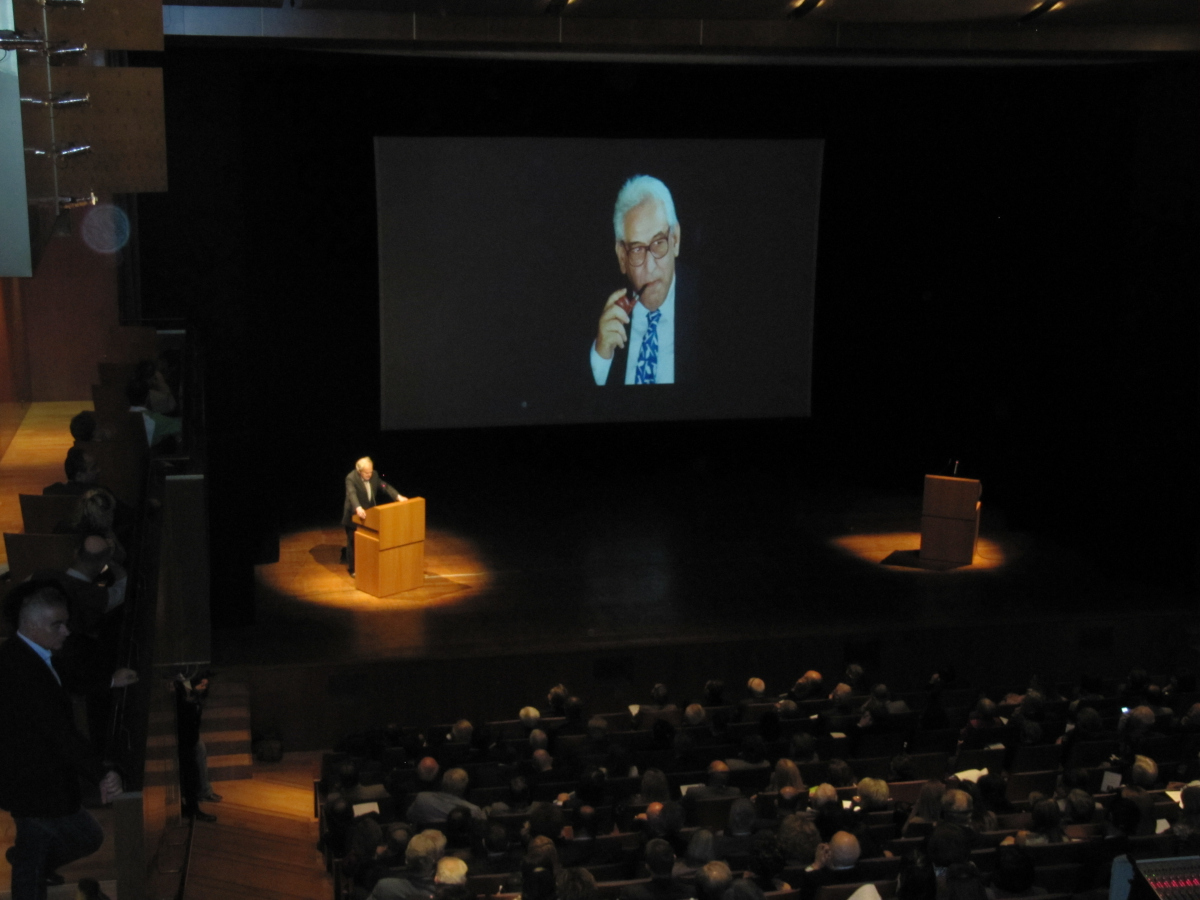 Professor Vassilios Skouris, President of the European Court of Justice, was honored with the “Dimitris Tsatsos” Prize, awarded to distinguished personalities who have made an outstanding contribution to the field of European Constitutional Sciences, during a special ceremony held on Friday, November 2nd, 2012 at the “Megaron” Athens Concert Hall.

Professor Vassilios Skouris, in his acceptance speech with the subject «The democratic legitimacy of the European Union: myth or reality?», stressed among other things that “given the particular intrinsic characteristics of the Union, the assessment of its democratic legitimacy on the basis of traditional criteria presents serious difficulties. This however does not equate to a lack of sufficient democratic foundations, given that the supranational Union edifice continuously seeks and eventually finds additional sources of institutional support”.

In his opening address the President of the Centre for European Constitutional Law – Themistokles and Dimitris Tsatsos Foundation, Professor Dr. Xenophon I. Contiades noted that “the “Dimitris Tsatsos” Prize, as an Hellenic-German academic initiative with strong European orientation and symbolism, is awarded for the first time at a time when the collaboration between Germany and Greece is perhaps more necessary than ever, and when this solidarity and cooperation may well determine the future of European unity. At a critical moment for the future of the European Union, the symbolic value of the Prize is founded primarily on the premise of a Europe imbued with the principles of democracy and the welfare state”.

Referring to the choice of Professor Vassilios Skouris, the Director of Dimitris-Tsatsos-Institut für Europäische Verfassungswissenschaften, Professor Dr. Peter Brandt, noted in his opening address: “I would like to underline that our decision as to the first honoree of the award presented no difficulty, not just due to my close relationship with the award name bearer: it would be difficult to find another personality which meets both the criterion of scientific excellence, as well as the additional criterion of a decisive contribution to the process of European unification, to an extend greater than President Skouris does”.

In his laudatio, Professor Dr. Peter-Christian Müller-Graff referred to the work and personality of Professor Vassilios Skouris.

Salute was addressed by the Minister of Foreign Affairs of the Federal Republic of Germany Dr. Guido Westerwelle, who referred to the need for “greater democratic participation and a common Constitution” in order to begin the repositioning and strengthening of Europe. Addressing Professor Skouris, he underlined that: “as constitutionalist and President of the European Court of Justice, you connect science and practice in the best way. Your have worthily served the unification of Europe. The “Dimitris Tsatsos” prize is a nice recognition of your work. I congratulate you heartily, and I am asking you to not loosen your commitment to greater democracy in Europe”.

Video from this event

December 21, 2021: Changes to the Code of Civil Procedure